What happens when two people apply for exactly the same trade mark in relation to the same goods and services only one day apart?

Three sets of opposition proceedings and more than 2 years later the answer is clear (it always was): the first person to use the mark in Australia is the “true owner” and it’s that person who is entitled to be the owner of the registered trade mark.

In this case, Slim By Nature applied to register DETOX26 for various weight-loss goods and related services. One day later, a competitor (who had prior knowledge of Slim By Nature’s goods and services) filed a trade mark application for precisely the same mark in relation to similar services.

Interestingly, the competitor, Slimtox, had purchased the business name, domain name and even made some sales of products under its DETOX26 mark PRIOR to the date of Slim By Nature’s trade mark application. But did this matter? The answer was a resounding “no”.

The situation differs depending on the trade mark law of the relevant country. In China, for example, “first to file” generally trumps “first to use” (the notable exception being bad faith filings).

One key takeaway from this decision for those developing new brands in Australia is to always conduct searches of both the trade mark register AND off-register sources. Off-register sources may help identify someone who has used the mark first in Australia but who may not have filed a trade mark application. As you can see from the state of the law, such a situation can allow the “first user” to claim they are the true owner and defeat your trade mark application. Not to mention that first user’s rights under the Australian Consumer Law relating to misleading or deceptive conduct or the tort of passing off!

The full decision (quite a straight-forward read) can be found here. 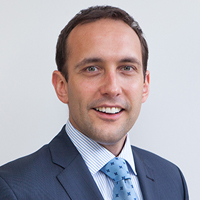