On 26 March, Australia’s first public hydrogen refuelling station, operated by ActewAGL, opened in Canberra. This will allow fuel cell electric vehicles, as well as battery-operated electric vehicles, to easily operate around the Canberra region. This development urges a question on the current state of play in hydrogen-fuelled innovation to meet transportation needs. The decarbonisation incentive for hydrogen is well established but opportunities for innovation may be less clear.

Let’s explore some technology and economics, and then look at potential areas where Australia may build IP in hydrogen transportation.

Battery electric vehicles, especially those with a hybrid powertrain, have been around a while now and are quietly establishing themselves. As the name suggests, a BEV is provided with a battery rack – typically powered by lithium-ion cells – which provides electricity to run an electric motor that allows the vehicle mobility. Despite the possibility to achieve zero emissions, there are challenges:

In fuel cell electric vehicles (FCEVs), where hydrogen is used to produce electricity to drive the electric motor, hydrogen provides some advantages over lithium-ion batteries. The most significant benefit is hydrogens superior energy density, meaning that vehicle range is extended over the typical BEV on a weight basis (BEV: 400-600 km without refuelling; FCEV: 500-800 km without refuelling). This results in a less regular need for refuelling.

However, hydrogen refuelling infrastructure is limited and drivers for FCEV adoption, especially in terms of subsidisation that the industry is arguing for, are relatively light on. The best mode to supply hydrogen for the fuel cell is by pressurised storage (700 bar) in a tank. These tanks can be relatively heavy, making them less attractive for light vehicles.

Despite perceived issues, though, hydrogen and battery are getting closer to internal combustion engines in economic terms.

The Australian National Hydrogen Roadmap predicted the following improvements in costs (defined as levelized cost of transport – LCOT) over the period 2018-2025:

Passenger FCEVs currently have a higher levelized cost of transport (LCOT) than ICEs and BEVs, but – on an LCOT basis – FCEVs could become competitive in passenger vehicles by 2025 though achieving this could depend on government support and availability of suitable vehicles and hydrogen fuelling infrastructure which remains constrained, even in a hydrogen focused economy like Japan.

Heavier vehicles such as trucks and buses are a more favourable opportunity than passenger vehicles because battery operation is impractical and through economies of scale, achievable through higher hydrogen demand. The fact that buses and trucks typically need to return to a base makes hydrogen fuelling easier even with quite constrained hydrogen-fuelled infrastructure.

Such vehicles may be expensive but, in that case, leasing may offer an alternative to purchasing as Nikola’s plan for commercialising its FCEV trucks (with a potential 1900km range) demonstrates.

From an Australian perspective, though a passenger vehicle manufacturing industry is uneconomic (and BEV alternatives exist), it appears that the same is not true of heavier vehicles. As Hydrogen Research, Development and Demonstration have observed, Australia is dependent on long-haul trucks and mining vehicles which carry large loads, travel significant distances and, in the case of mining, need to operate continuously with consequent requirement for large fuel capacity.

A number of hydrogen research projects are currently underway in Australia, many of these directed to methods of hydrogen production through electrolysis, steam methane reforming and other novel techniques including membrane technology developed at the CSIRO.

Innovation in the heavier transport sector may also offer fruitful ground for further research and development. If technology making the adoption of hydrogen as fuel for heavier vehicles easier were to emerge, the protection of related IP would offer the potential for development of overseas markets for that technology. A hydrogen-based heavy automotive sector would become feasible and that leaves aside potential marine fuel opportunities as well.

Whilst there are a number of technical areas to explore, optimisation of hydrogen fuelling systems and fuel cell management for heavier vehicles with ‘back to base’ characteristics looks to be most fruitful.

Decarbonisation makes hydrogen the element of the moment and the fuel of the future. To overcome existing constraints, hydrogen adoption as a transport fuel should be focussed on heavier vehicles. Technological development to make this possible is open to Australian industry and could create a valuable IP portfolio to propel Australia’s hydrogen economy. 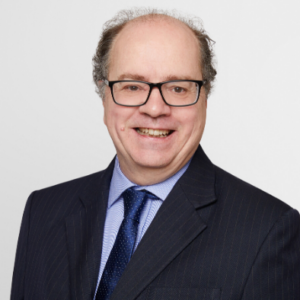