The Wolf of Wall Street, a movie that portrays the real-life astronomic rise and downfall of stock-broker Jordan Belford, shows the incredible power of financial motivators. Indeed, the equation is clear and simple for Jordan’s money-hungry, oversized-suit wearing employees to understand: work your butt off, crush your KPIs and you get to live the high life.

In short, the story promotes a ‘money talks, BS walks’ method to motivate the corporate masses. So when rising the ladder isn’t possible, kick in a few bucks to keep people loyal. When something needs to be done fast, dangle a bonus.

Let’s face it: the symbolic meaning behind money is so powerful that it can instantly cut through language barriers (just think of the last time you were in a foreign country and needed help). Money provides protection, safety and (quite often), power.

So, it seems simple enough, right? If you need to motivate your workers and keep them loyal, use money.

But is that the best way for companies to show care for the people that stand behind them through politics and pandemics?

When is enough, enough?

Did he ever say “I think that’s enough. I feel satisfied and fulfilled, time to close shop!”? Of course not, he waited until he was knee-deep in federal investigations, pushing legal boundaries and ending up in jail.

Putting aside the obvious moral, legal (and psychological) issues for a moment, this argument suggests that for many, no money will ever be enough money for soulful fulfilment.

Decades of research by Richard Easterlin, a professor of economics at the University of Southern California contributed to his development of a social-economic theory called the Easterlin Paradox. This theory wasn’t based on small fry data. Quite astonishingly, his group collected information over 34 years, spanning across five continents, with countries that ranged anywhere from developing to developed, socialist and capitalist.

While several findings were born from this incredible data set, pertinent to this conversation is the relationship between gross domestic product per capita (GDP) and measures of happiness, including life satisfaction.

Essentially it asked the question: as a country gets richer, do they get happier, too?

While this theory has its critics, data doesn’t lie: rich countries aren’t happier, which remains true whether you’re starting off poor or rich, developed or not. While the authors are quick to state that causation is far from clear, they have two predictions: issues may arise due to social comparison, and hedonistic adaptation.

Put more clearly, people want to keep up with the Joneses and are never happy with what they have.

And perhaps you’ve seen this paradox in action: the motivation of a raise or bonus wears off within weeks. Salary comparisons causing office drama and one-upmanship. Indeed, salary disparities, whether deserved or not, are hard to swallow for others. The result can manifest as inter-team conflict, struggles for power which show up as passive-aggressive digs or sly humour, and worse of all, water cooler gossip.

Fear not, fixes are on the horizon.

I’d like to use a recent experience within my own company that exemplifies the power of using a financial-free love language to promote team connection and work-related happiness.

Six weeks ago, I performed an anonymous ‘wellbeing’ audit for our team members (part of a corporate team development program I run), which provided incredibly rich and useful data. While many of the questions were quantitative, the online questionnaire also included a chance for optional feedback.

It was this feedback that catalysed the introduction of our weekly ‘Hunger Games’. Here’s how it works:

Scientists and researchers long classified interpersonal energy as ‘woo-woo’ and eye-roll worthy, yet this simple experience would make anyone a believer. Our office is now a place of electric energy. Most importantly, creativity, collaboration and production levels have flourished.

Perhaps food isn’t your thing. Or perhaps, a little virus has got in the way of in-person connection. As such, here are three ways for you to show your corporate colleagues that you care, while creating a magnetic culture:

1 Ask, don’t presume
Rather than jump on the money bandwagon, have a conversation to better understand what makes a person tick. For one of our team members, the thought of a brand new Xbox is the equivalent of winning the lottery. Another example, a company I know (and respect!) buys a wheelchair for a child in need when certain team goals are met.

2 Authentic care isn’t hard
I recently had a bout of low blood pressure, one day being so bad I had to go home and rest. Out of the blue, I received an email from our CTO simply saying “I heard you weren’t feeling well, hope you feel better soon”. That was it. Eleven words that likely took all of 20 seconds to write and send. It was not required, and therefore far from expected, which made it all the more special. Summary: small things to you are often the most significant to someone else.

3 Think outside the box
During my Master’s degree, we held weekly “journal club” sessions, where one lab member would select a cool (albeit nerdy to some) scientific study in a slightly different area than ours. The purpose was simple: to get us thinking outside the box. Our team does something similar: lunch ‘n’ learn sessions on every subject imaginable. For many people, including myself, learning new things is worth its weight in gold and the ‘donation’ of time during work can be an extremely fulfilling, intrinsic motivator.

If you’re sceptical of the above suggestions, join the line. It’s hard to see how a group lunch or a ‘just because’ email is important for effective business growth. However, research (particularly notable are studies by John Kotter) demonstrates that investing in company culture can:

Whomever it is, set aside five minutes to connect with them on something THEY care about that isn’t work-related.

At the end of the day, it’s not about having time. It’s about making time.

Who is Dr Katherine?

Dr Katherine Iscoe is the Director of the Dr Katherine brand and Co-Founder and Director of Corporate Health & Wellness for Advanced Human Imaging Limited – an ASX-listed company with a multi-million-dollar market capitalisation.

Dr Katherine personally understands how life’s ups and downs can create a conflicted mindset, preventing us from reaching our goals. And as a co-founder (and former CEO) of a fast-growing tech company, Katherine observed how individual mindsets can act as either an accelerator, or a handbrake, to team performance.

It is for this reason that Katherine developed her science-based approach to team development, allowing individuals to ‘hack’ their mindset to bring out the best in themselves and each other. 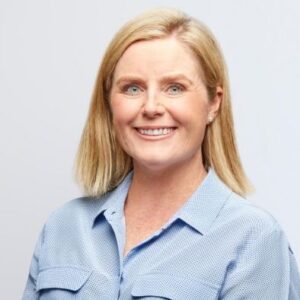