In the recent decision of the Federal Court in Pfizer Ireland Pharmaceuticals v Sandoz Pty Ltd [2020] FCA 1648, Pfizer has been unsuccessful in its application for preliminary discovery from Sandoz in respect of Sandoz’s biosimilar etanercept product “ERELZI”, which is used in the treatment of rheumatoid arthritis.

Pfizer is the patentee of three Australian process patents which it suspected would be infringed by Sandoz in the manufacture of ERELZI. Pfizer is also owner of its own etanercept product, “ENBREL”. Pfizer sought preliminary discovery for information about Sandoz’s manufacturing process to understand its infringement position.

Further, Sandoz had offered to provide an undertaking to Pfizer that while the relevant patents were in force, Sandoz would not exploit its ERELZI products in Australia or proceed with any PBS listing before providing Pfizer notice of a certain period (amongst other confidential terms).

Pfizer argued that it was nevertheless entitled to preliminary discovery because the notice period offered by Sandoz would be insufficient for Pfizer to protect itself and obtain an interlocutory injunction. Pfizer therefore sought orders that anticipated the reception of notice from Sandoz, and that would require the production of process documents within 7 days of this notice date.

Pfizer argued that it met this requirement because it reasonably believed that it may have the right to obtain interlocutory relief from Sandoz for threatened patent infringement if Sandoz decided to launch an ERELZI product in Australia.

However, Pfizer did not contest the fact that Sandoz had actually not yet made a decision whether to launch ERELZI in Australia, and it was possible that Sandoz may not launch in Australia at all.

Justice Burley confirmed that the “reasonable belief” referred to in FCR 7.23(1)(a) must be current as at the date on which the application is being assessed. Justice Burley provided that FCR 7.23 “does not provide that, in the event that sometime in the future a prospective applicant reasonably believes that it may have the right to obtain relief, the Court may make such an order.”

As Pfizer’s reasonable belief that it may have the right to obtain relief against Sandoz was contingent on Sandoz actually deciding to launch ERELZI in Australia, Sandoz was effectively asking the Court to consider a hypothetical question of the type Courts do not typically decide.

Justice Burley noted that a number of difficulties would arise if the course proposed by Pfizer was followed. In particular, Sandoz may make admissions as to infringement when it provides notice in due course. This would affect the scope of preliminary discovery that should be awarded, as the scope of preliminary discovery is necessarily limited by reference to the information required for the prospective applicant to decide whether to commence proceedings. Justice Burley considered that it was not appropriate that preliminary discovery should not be awarded now of a scope that assumed that no such admissions would be made. Further, Sandoz argued that the documents to be discovered were highly confidential and access should be limited to certain in-house legal personnel of Pfizer. It was possible that such personnel would no longer be involved in the decision-making process for the present matter when Sandoz eventually gave notice, so it did not make sense for such orders to be made now.

On this basis, Justice Burley considered that the requirements of 7.23(1)(a) were not met. Justice Burley also noted that FCR 7.23(2) provides a broad discretion to the Court as to whether and to what extent discovery should be granted. As there did not appear to be an imminent threat of launch from Sandoz, and because the scope of preliminary discovery that is justified could not be determined at this stage (without knowing what Sandoz may admit to), Justice Burley considered that it would not be appropriate to exercise the discretion in Pfizer’s favour.

Justice Burley’s decision makes it clear that preliminary discovery will not be awarded on the mere speculation that a prospective defendant may engage in potentially infringing conduct. The prospective applicant’s “reasonable belief” must be based on the circumstances as they exist at the time of consideration of the application, not based on a hypothetical scenario that may or may not arise in the future. 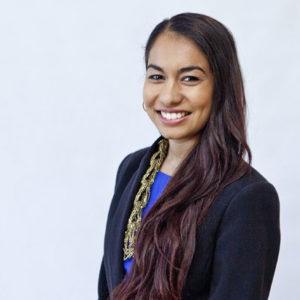