Ever since it premiered, The Matrix film has been prompting movie-goers to question whether humanity is indeed, unknowingly trapped inside a simulated, virtual reality (to distract us from, for example, our bodies being used as batteries).

Of course, such a question has been on at least some minds for centuries. In this regard, fellow students of philosophy, and particularly those familiar with the works of Descartes and Harman, will have no doubt heard of the brain in a vat or jar scenario. In such a scenario, a person’s brain is removed from their body, suspended in a vat of life-sustaining liquid, and its neurons connected to a computer which provides it with electrical impulses identical to those the brain normally received.

The computer would then be simulating reality, including generating appropriate responses to the brain’s own output, and the “disembodied” brain would continue to have perfectly normal conscious experiences, such as those of a person with an embodied brain, without these being related to objects or events in the real world (thanks Wikipedia!).

If recent media articles are to be believed, the above scenario is tantalisingly (or should that be horrifyingly) close to moving from a seventeenth-century thought experiment to reality, due to the work of Elon Musk and his secretive company, Neuralink.

Media has reported that Neuralink has been collaborating with others (including the University of California) to develop brain-machine interfaces, consisting of flexible threads, thinner than a human hair, that can be automatically embedded in a brain by a machine and allowing for high transfer of data directly to and from the brain. The goal of the system is to allow humans to more quickly communicate with devices directly from their brains.

When articles describing technology such as this are circulating, it is often fun (for a patent attorney, at least) to do some searching of the various patent databases that are available to see to what extent any patent applications for the technology are actually being filed, and patents granted, or whether it is still closer to a Keanu Reeves blockbuster movie than a body upgrade you can purchase when having your laser eye surgery (I mean, if you are going the doctor’s anyway, why not?).

Searching by Wrays revealed that the University of California is pursuing patent protection for several aspects of this technology, mentioned in the media articles, including:

It’s all there! These patent applications provide valuable insight and information, beyond what is available in the media articles, as to the extent and progress of the research that has been made regarding the technology, its likely future direction, and potential “roadblocks” that may be being set up to prevent others from following a similar path.

Rather than just being a fun exercise for an interested patent attorney to do, such patent searching can be used to form a view of the IP landscape of the technology, and used by others operating in the same space, considering entering it, or investing in it, in making commercial decisions.

From the media coverage, and the patent protection that is being sought for this technology, it appears that it is very much “real”.

Being upgraded to more efficiently communicate with our devices is something that we can all look forward to enjoying soon. Assuming that we are not already of course! 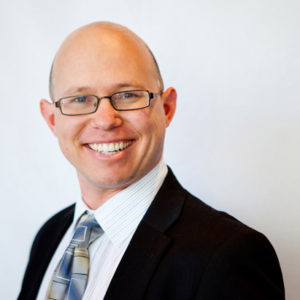