On 23 February, the Full Federal Court of Australia handed down its appeal decision in Warner-Lambert Company LLC v Apotex Pty Limited (No 2) [2018] FCAFC 26.

The judgment covered several questions, but the ones we will focus on in this article are:

Sufficiency and Standards – is there a connection?

Section 40(2)(a) of the Patents Act 1990 at the priority date of the patent in suit required a patent specification to describe the invention fully, including the best method known to the applicant of performing the invention.

In this case, the method of treatment described in the claims was the use of the pharmaceutical ‘pregabalin’ in the treatment of pain. Pregabalin was claimed to be useful for treating pain in humans, but only information showing efficacy in rats was included in the patent specification.

The Court considered arguments from the alleged infringer that the invention was not sufficiently described in the patent because, for example, there was no information about potential toxic effects of using pregabalin on humans and no specified safe dosage for humans. Accordingly, the alleged infringer argued that it would be necessary to undertake further research and study to obtain an understanding of the safety and toxicity profile of the drug, which would impose an undue burden on any person seeking to use the claimed methods of treatment.

The alleged infringer’s point was not that the patentee must present enough information to ensure that its invention passed through any regulatory requirements (such as the rigorous requirements for listing on the Register of Therapeutic Goods). Rather, it said that:

The relevance of the regulatory framework is that it reflects the ethical environment within which the skilled addressee (in particular, the clinician) operates. For any method comprising the administration of a “therapeutically effective amount” of a compound (as the claims of the Patent require), and putting aside any question of regulation, the clinician must have sufficient confidence in the safety and efficacy of the treatment to be used.” and “… the information in the Patent falls well short of what would be required to provide such confidence.”

The original judge dismissed the allegations of insufficiency on the basis that there was no evidence that the person skilled in the art would be confronted with problems that called for a creative or inventive solution.

“will the disclosure enable the addressee of the specification to produce something within each claim without new inventions or additions or prolonged study of matters presenting initial difficulty?”

The Court in the pregabalin case affirmed the original Judge’s finding that the need to perform further work to identify the safety profile and dosage appropriate for use of the method on humans did not necessarily equate to ‘new inventions or additions or prolonged study of matters presenting initial difficulty’ within the meaning of the Kimberly-Clark test. The ethical and/or regulatory compliance work was held to be routine and known to people skilled in the field, so the insufficiency claim failed.

Observations made by the Court that are a useful summary of the findings include:

Infringement of method claims by importation

The patent also contained ‘Swiss style’ claims – claims directed to the use of a compound for the manufacture of a medicament for the treatment of a disease. In Australia, Swiss-style claims are treated as method claims. In this case, the claims were effectively to a method of making the pharmaceutical product that contains the active compound pregabalin.

A patent is infringed by someone seeking to ‘exploit’ the invention in the patent without the patentee’s consent. The Patents Act 1990 defines ‘exploit’ as follows:

“exploit”, in relation to an invention, includes:

The Court considered the statutory language and decided (agreeing with the original Judge, Nicholas J) that if the patented method is used overseas, any importation of the product resulting from that use of that method would constitute an infringement.

What does this mean for you?

The good news for patentees is that they do not necessarily need to include in the patent data demonstrating that their invention is safe for human use in order to have a valid patent. However, this finding was limited to the facts of the case, and these considerations may still need to be traversed in drafting patents that are impacted by safety and other standards and regulations.

Method patentees can breathe easier knowing that they have a right of action against an importer even where their method was used in another country to make the imported goods. The caution for would-be importers is to check method of manufacture, ‘Swiss’ and product claims in their due diligence before importing, not just patents for the relevant product.

Note: At the time of publication of this article, there remains open the possibility of appeal of this judgment. 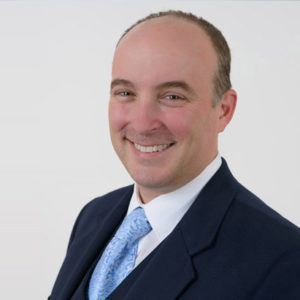