A recent decision of the Ad Standards Community Panel (case number: 0055-21) has reinforced the need for influencers to clearly identify when a social media post is an advertisement.

An Instagram post by influencer Anna Heinrich included an image of her in a green dress, with the text:

Turning my apartment into a Runway 💚
Then back to my PJs I go! Wearing: @runawaythelabel.

What were the complaints?

The thrust of the complaints was that there was no transparency in the post regarding the sponsorship by Runaway The Label.

Section 2.7 of the Australian Association of National Advertisers Code of Ethics (Code) states that:

Advertising shall be clearly distinguishable as such.

The Practice Note to section 2.7 provides useful guidance for influencers and brands

Influencer and affiliate marketing often appears alongside organic/genuine user-generated content and is often less obvious to the audience. Where an influencer or affiliate accepts payment of money or free products or services from a brand in exchange for them to promote that brand’s products or services, the relationship must be clear, obvious and upfront to the audience and expressed in a way that is easily understood (e.g. #ad, Advert, Advertising, Branded Content, Paid Partnership, Paid Promotion). Less clear labels such as #sp, Spon, gifted, Affiliate, Collab, thanks to… or merely mentioning the brand name may not be sufficient to clearly distinguish the post as advertising.

These rules were tightened in February 2021 to ensure that advertising content was not disguised as news, independent market research, user-generated content, private blogs or independent reviews.

What was the decision?

In short, the panel considered that the advertisement did breach section 2.7 of the Code.

What was the reasoning?

The panel considered that it had to examine two issues:

How does the code define advertising?

Did the material constitute an “advertising or marketing communication”?

The Panel considered that the clear placement of the product in the advertisement and the use of the brand name runawaythelabel did amount to material that would draw the attention of the public in a manner designed to promote the brand. On the issue of whether the advertiser (i.e. Runaway The Label) had a reasonable degree of control, the advertiser did not respond. Nevertheless, the Panel proceeded on the presumption that the post was authorised by the advertiser because Ms Heinrich was a well-known influencer who would be likely to post such material under a commercial arrangement.

Was the material clearly distinguishable as advertising?

The Panel considered the Practice Note to section 2.7 and concluded that while some followers of the influencer may be able to recognise that the post was most likely advertising, there was nothing in the wording of the post and no hashtags which clearly demonstrated that it was advertising material. The Panel considered that tagging the brand on its own was not sufficient to clearly and obviously show that there was an arrangement between the brand and influencer.

What are the key actions to take?

To clearly identify that a paid post is advertising – merely mentioning or tagging the brand will not be sufficient. They must include a tag such as #sponsored, #ad, #advert, #advertising, #brandedcontent, #paidpartnership or #paidpromotion.

To protect brand integrity, businesses should include a requirement in their agreements with influencers that they comply with the Code and specifically the requirement to ensure that each paid post is clearly identified as advertising by using clear language (such as #sponsored, #ad, #advert or #advertising). 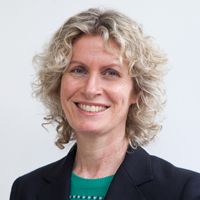