The main requirement for patent grant is that the patented invention must be novel (or new). This means that at the time of filing the patent application, the invention must not have been previously published or publicly disclosed by anyone, including the patentees themselves. There is, however, another requirement that is often overlooked by patentees and that is that the invention cannot have been secretly used for commercial purposes prior to the filing of a patent application. Secret use is a ground for patent revocation and failure to take this into consideration can be fatal to patent rights.

At the most fundamental level, a patent is a deal made between an inventor and the government in which the inventor is granted a monopoly to an invention for a limited term. This provides the inventor with a period of time in which they can exclusively benefit from exploiting the invention. In exchange, the inventor must fully disclose the details of the invention in the patent specification. The rationale behind this deal is that it offers an incentive for inventors to share their knowledge, thereby driving innovation. The secret use provisions have been developed to stop inventors in effect extending the term of the monopoly granted to them by reaping commercial benefit from the invention before filing a patent application. For example, an inventor of a new process for extracting gold is unable to secretly use that process themselves for commercial benefit and then file a patent application at a later date.

Exceptions to secret use

It is important to note that there are exceptions to secret use. Section 9 of the Patents Act sets out certain activities that are not to be taken to be secret use. These include:

Court guidance on secret use

The courts have considered numerous allegations of secret use and the outcomes provide some useful guidance on what transactions are considered ‘use’ and how to define ‘use for the purposes of trial and experiment’.

In Innovative Agriculture Products Pty Ltd v Cranshaw (1996) 35 IPR 643, it was found that obtaining capital investment to enable a prototype to be constructed and agreeing to share profits was not secret use.

In Bradken Resources Pty Ltd v Lynx Engineering Consultants Pty Ltd [2012] FCA 944, the patentee entered into a contract with a third party for trial and evaluation of three prototype wagons prior to the priority date of a patent. If the trials were deemed successful by the third party, they would then pay for the prototypes. Ultimately, the use was held to be for the purposes of reasonable trial and experiment. Despite any possible sales, it was established that the primary intention of the testing was to improve the product. It was also noted that there was no guarantee of income from the trial and so the financial burden was therefore born by the patentee.

More recently, the question of secret use was considered in SNF (Australia) Pty Limited v BASF Australia Ltd [2019] FCA 425. In this case, SNF sought to revoke two patents on the basis that the previous owner of the patent applications, Ciba Specialty Chemicals Water Treatments Limited (Ciba), had secretly used the claimed inventions in the field prior to filing any patent application. It was also contended that Ciba sold 29 tonnes of flocculent (for a value of $93,915) for use in the claimed invention before the priority date and received income from the sale or license of equipment (for a value of at least $50,000) for use in the claimed invention before the priority date. SNF argued that these examples of use extended beyond “reasonable trial and experiment” and were therefore secret use. BASF contended that the use was for reasonable trial and experiment, relying on the fact that Ciba was always involved in the trials and the results of the trials were discussed in regular meetings. It was also contended that the nature of the invention meant that testing in a laboratory alone would not be sufficient and real-world testing was required. In deciding the case, the judge noted that the relevant enquiry is whether the true purpose of the use was reasonable trial or experiment. Whilst it was noted that Ciba did receive remuneration for the sale of flocculant and equipment used in the process, it was shown that the costs of undertaking the trials exceeded this amount. Ciba was therefore found not to have reaped a commercial benefit from the trials. Taking all considerations and facts into account, the use by Ciba was held to be for reasonable trial and experiment and not to be secret use for the purposes of invalidating a patent.

Confidential use of a patented invention for commercial benefit before the filing date of a patent can invalidate a patent. There are a number of circumstances in which this use may be excused, including use for the purposes of trial and experimentation. Whilst the distinction between commercial use and use for the purposes of trial and experimentation might appear obvious, elements of each are often intertwined. If the true purpose of the use is found to be for trial or experimentation, the fact that there may be some commercial benefit to the patentee will not constitute invalidating prior use.

It is also worth noting that under the current patent law, a 12 month grace period exists for secret use. Any secret commercial use of a patented invention can be disregarded if a complete patent application is filed within 12 months of this use. This may require a complete application to be filed earlier than normal.

We recommend seeking legal advice where you are considering undertaking, or you have undertaken, trials of a proposed invention prior to filing any patent applications. 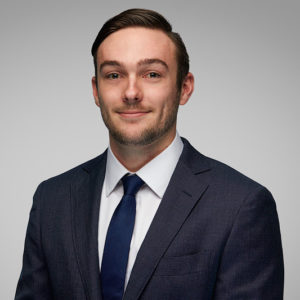