The provisions of the Raising the Bar Act apply to all patents for which examination was requested on or after 15 April 2013. Therefore, patents falling within the new regime are only now starting to reach the Courts.

As of 1 October 2020, IP Australia significantly increased some of their patent, trade mark, design and plant breeders rights (PBR) fees. The fee changes have the greatest impact on patent fees (with renewals being the hardest hit); and a major impact on trade mark fees occurring during the application process. Designs and PBR saw only modest changes, but in general, the fees were still increased. The following changes have been reproduced from information provided by IP Australia on their website.

Wyeth markets Prevnar 13, a vaccine targeted to Streptococcus pneumoniae (pneumococcus), which is a leading cause of meningitis, pneumonia and severe invasive disease, especially in children, throughout the world. Prevnar 13 incorporates 13 different polysaccharide-protein conjugates from 13 identified strains (serotypes) of pneumococcus that stimulate the adaptive immune response to these 13 strains.

Wyeth alleged infringement against MSD, which launched and intended to sell a vaccine comprising 15 different polysaccharide-protein conjugates from 15 serotypes of pneumococcus (being the 13 serotypes of Prevnar 13 plus an additional two serotypes) (MSD Vaccine).

Each of the 013 and 844 Patents covered immunogenic compositions comprising 13 distinct polysaccharide-protein conjugates of 13 nominated serotypes of the target virus.

MSD argued that the word “comprising” in the claims was limiting and did not encompass immunogenic compositions with more than 13 nominated serotypes (such as the MSD Vaccine).

Justice Burley rejected this argument, relying on the inclusive definition of “comprising” provided in the specifications and concluded that there was nothing in the specifications that indicated that a composition including additional serotypes could not fall within the scope of the invention. The MSD Vaccine was therefore found to infringe the claims of the 013 and 844 Patent.

Justice Burley found that the 013 and 844 Patents did not lack novelty or an inventive step in view of the common general knowledge alone (including Prevnar 7) or in light of a number of asserted prior art documents.

Based on expert evidence, Justice Burley found that the technical challenges with formulating an effective composition with additional serotypes to Prevnar 7, and the lack of clear means by which a skilled team would address these challenges meant that the 13 serotype composition was not obvious.

MSD also failed in its bids to invalidate the 013 and 844 Patents under the grounds of utility, false suggestion, clarity and manner of manufacture.

Before the Raising the Bar amendments, the ground which concerned the disclosure of the specification and its connection with the width of the claims was fair basis.

As the word “comprising” was found to be inclusive, the claims did not pose any upper limit on the number of serotypes that could be included in the composition. MSD argued that the 013 Patent only disclosed a composition directed to the 13 nominated serotypes, and that there was no real and reasonably clear disclosure of a composition that included more than the nominated 13 serotypes.

Under fair basis, the enquiry as to the disclosure of the body of the specification is whether broadly, in a general sense, it describes the invention as claimed.

As the Summary of Invention section of the Patent contained a statement that the invention consisted of the features of the claims, and no other aspect of the disclosure of the specification suggested otherwise, the claims were said to be fairly based.

The amendments to the Raising the Bar Act were made to bring Australian law into conformity with the laws of major trading partners, to address concerns that Australia’s standards were lower than elsewhere, and in particular, to align Australian requirements with Europe and the UK.

MSD argued that the claims were not supported by matter disclosed in the specification under s40(3) of the Patents Act (post Raising the Bar) because there was no description or disclosure of a pneumococcal polysaccharide-protein vaccine other than one having pneumococcal polysaccharides from the 13 identified serotypes in the specification and claims. MSD had adduced evidence that adding additional serotypes would be a complex and difficult task.

In light of the purpose of the Raising the Bar amendments evidenced by parliamentary materials, Justice Burley considered in detail the law in Europe and UK on support. The UK cases refer to a species of sufficiency, known as “Biogen sufficiency”, which mirrors the support requirement, and which is concerned with whether a claim is broader than the technical contribution of the patent to the art.

Justice Burley discussed a number of UK cases that considered the “Biogen insufficiency” ground, including the recent UK Supreme Court decision of Regeneron Pharmaceuticals Inc v Kymab Ltd [2020] UKSC 27, which stated that the technical contribution to the art for a product claim is the product, not the process by which it is made or the inventive step.

In applying the UK case law to the facts, Justice Burley concluded that on the basis of the expert evidence, it was not possible to extrapolate the data in the specification to other serotypes, and that adding serotypes to the composition claimed would be a complex and difficult process. The technical contribution to the art as described in the specification was the identification of the additional 6 serotypes (other than the serotypes known in Prevnar 7), the choice of the protein carrier and the teaching of a means by which the 13 serotype composition could be made. The disclosure was not a principle of general application beyond this specific product.

Justice Burley considered that the claims on the other hand included compositions that are not the product of this technical contribution, and that the inclusively worded claims did not correspond to the technical contribution to the art. In rejecting Wyeth’s submission that such a finding would render any claim that used inclusive language such as “comprising” liable to be revoked for lack of support, Justice Burley stated that whether other such claims are invalid will turn on their specific wording and the disclosure in the specification.

Justice Burley’s decision makes it clear that the bar has in fact been raised with respect to lack of support and that broadly cast claims that seek to obtain a wider monopoly than is justified by the technical contribution of the specification will be invalid, even if there is textual support for the invention as claimed in the specification.

Wyeth’s Container Patent concerned a siliconized container means filled with a formulation comprising a buffer within a specified pH range, an aluminium salt and one or more pneumococcal polysaccharides. Dependent claims asserted by Wyeth additionally comprised a surfactant and specified the polysaccharides as those of the 13 serotypes of Prevnar 13.

The MSD Vaccine was found to fall within the scope of each of these claims.

However, the claims of the Container Patent were found to lack inventive step because each of the features of the Container Patent were known in the common general knowledge, and the process of identifying the appropriate combination of these features to produce a stabilised formulation was routine to the skilled formulator. Even if the precise molecular mechanism for problems encountered in the formulation process (such as aggregation) was not known, the formulator would have looked to see if there was a practical solution to the problem. In this regard, Justice Burley preferred the evidence of MSD’s expert who had experience in vaccine development and formulation, to the evidence of Wyeth’s expert who was experienced in the field of formulating biopharmaceuticals but did not have as much experience with respect to vaccines as at the priority date.

MSD’s challenges to the Container Patent based on Manner of Manufacture and utility did not succeed.

This decision highlights the elevated standard for patents under the post- Raising the Bar Act and provides a useful summary of the UK decisions that will likely shape Australia’s approach to these provisions moving forward. The different conclusions reached by the Court with respect to the 013 and 844 Patent despite their similarity indicate that the Raising the Bar amendments have resulted in a significant change to Australian Patent law. The ground of lack of support is therefore likely to heavily feature in revocation claims for post-Raising the Bar patents in the future as a potentially powerful invalidity ground.

Justice Burley’s decision appears to align closely with IP Australia’s current approach to support in examination, which reflects the European position. The decision also indicates that inclusive language in a claim such as “comprising” may serve to cast the net of the monopoly so wide as to render it unjustifiably broad when compared with technical contribution of the specification. Therefore, care must be taken when incorporating inclusive language in claims, and dependent claims that are limited to the precise scope of products disclosed in the specification should always be included as a fall-back position. 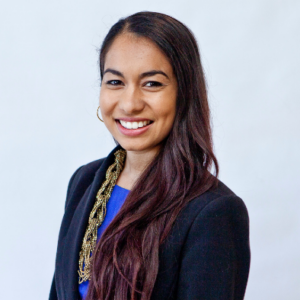