The following article considers a recent Australian Federal Court decision concerning secret use as a ground of patent revocation in Australia.

Is an Advertisement Prior to the Priority Date a Secret Use of an Invention?

However, the question of whether advertising an invention for sale prior to the priority date of a patent application has not, until now, been addressed in Australia. The Australian Federal Court decision of Southern Cross Mining Services Pty Ltd v Mickala Mining Maintenance Pty Ltd [2020] FCA 1064 (27 July 2020) addressed such a question.

In an application to amend their grounds for pleading for revocation of the patent, Mickala has sought to test the bounds of secret use in Australia against the patent.

As a result, the patentee is said to have enjoyed a period, before the filing of the patent application, during which it has derived a commercial benefit of placing an advertisement for the sale of products with the object of bringing about a sale of products embodying the invention as claimed without disclosing the essential integers of the claims for the invention. Thus, the patentee was provided with a de facto extension of the patent term by securing private advantage without the corresponding public disclosure as the price of the grant of the monopoly [emphasis in original].

Although it was not explicitly argued by Mickala, the main contention appeared to be that, by not identifying all the essential features of the invention in the advertisement, that SCM engaged in concealment of those essential features, thus enlivening the “secret use” provision available under section 18(1A)(d) of the Patents Act 1990 that the invention is not a patentable invention and the patent must be revoked.

How Is Secret Use Defined

Prior discussion of secret use by Gyles J in Azuko Pty Ltd v Old Digger Pty Ltd [2001] FCA 1079; (2001) 52 IPR 75 has established that making and stockpiling a patented invention prior to the priority date of the patent, does not constitute secret use of the invention since it does not amount to any de facto extension of the patent term.

This decision by Greenwood J reexamines the nature of the term “secret” in “secret use” and affirms that the term “secretly used” means deliberately concealed which is consistent with the dominant understanding of the term “secret” and the derivative adverb “secretly”. Therefore, to succeed in revocation of a patent on the grounds that it is not a patentable invention by virtue of the patentee secretly using the invention prior to the priority date, each of the following must be satisfied:

Therefore, to seek revocation of a patent, it must be precisely particularised in the pleadings as to the commercial benefit obtained by the patentee by using the invention in secret prior to the filing date of the patent application.

In the present application, Mickala argued that the placement of the advertisement, coupled with the stated object of bringing about sales, was, in fact, the equivalent of a sale (despite that no actual sales were alleged to have been made) prior to the priority date and thus constituted secret use of the invention.

SCM also mused that, as affirmed by Azuko, since making a patented article prior to the priority date was not an extension of the patent term, it was difficult to see how placing an advertisement in relation to the invention could be regarded as having “secretly used” the invention.

In reply, Mickala argued that, to the extent SCM has not disclosed such integers (or others) of the claims, then SCM has kept aspects of the invention “secret” within the understanding of the term “secretly used” in s ection18(1A)(d) in the patent area before the priority date in relation to innovation patents, and therefore the patent ought to be revoked.

However, Mickala did not present that argument in their pleadings or oral submissions and, also, did not make any pleadings as the commercial benefit obtained by SCM from the advertisement prior to the priority date of the patent.

Was There Prior Secret Use?

“using an invention as claimed, before the priority date, so as to obtain or extract a commercial benefit from the exercise of a de facto monopoly (as those concepts are understood according to the authorities), might be capable of being pleaded where a step was taken engaging a public act, but where concealment of essential features from that public act also occurred”.

Therefore, in summary, when submitting arguments that a patent is susceptible to revocation by virtue of being secretly used prior to the priority date, it is essential to:

Prior secret use of an invention is neatly summed up by Lord Diplock’s discussion in [Bristol‑Myers Co v Beecham Group Ltd [1974] AC 646] of this matter, discussed by Greenwood J here at [70] & affirmed at [83], being where the inventor has reaped a commercial benefit from a de facto monopoly owing to his or her concealment of the essential features of the invention … “Concealment gives rise to the de facto monopoly which enables the commercial benefit to be extracted or reaped: Greenwood J at [83].

Please contact Wrays should you have any questions regarding the operation of secret use as a ground of patent revocation in Australia. 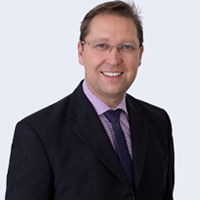