In 2017, the global medical cannabis market was estimated to be worth more than US $11 billion and is expected to grow to approximately US $37 billion by 2023. The Australian industry has begun to bloom with more than 20 medical cannabis-related companies listed on the ASX in 2018. Market intelligence firm Pitcher Partners valued the Australian medical cannabis market in 2017 at $17.7 million and estimates that it could grow to $3 billion by 2028. Given these projections, it is no wonder that more Australian companies and start-ups are seeking their glory in the medicinal cannabis industry, and as the likes of entrepreneurial giants Google, Apple and Facebook have taught us, in front of every successful business is a strong and prominent trade mark.

In 2016, medicinal cannabis was legalised at the federal level through the Narcotics Drugs Amendment Bill 2016. This allowed businesses to apply for licenses to cultivate cannabis products legally, but only for medicinal or research purposes and does not cover large-scale manufacturing. The granting of the licenses is heavily regulated at the federal level by the Office of Drug Control. The various states and territories have differed in both their approach and the speed with which they embraced this change. Queensland, Western Australia, South Australia, Tasmania, ACT and the Northern Territory have embraced the government’s decision and leave the granting of such licenses to the ODC. Victoria and New South Wales followed suit, but have also implemented their own state legislation that requires an additional set of state-certified licenses to also be issued if the company also wishes to manufacture on a larger scale.

As of 2018, 33 states in the USA have legalised the use, and presumably sale, of medicinal cannabis. However, the cultivation and production of research-grade cannabis, as well as clinical research on cannabis, still require approval by the Food and Drug Administration as well as a license issued by the Drug Enforcement Administration due to its classification as a Schedule I drug.

In December 2018 the European Monitoring Centre for Drugs and Drug Addiction, provided their first report on medicinal cannabis, stating that many EU countries now allow, or are considering allowing, the medical use of cannabis. On 13 February 2019, the EU voted positively on a resolution that would help advance medical cannabis in member countries. While the resolution is non-binding, it seeks to incentivize increased access to medical cannabis, prioritising scientific research and clinical studies. The EU currently allows member countries to regulate their own cultivation and use of medicinal cannabis.

In the UK cannabis is illegal to possess, grow, distribute or sell cannabis. It is a Class B drug, with penalties of imprisonment and/or fines for unlicensed dealing and production. Cannabidiol oil is legal for use and sale in the UK without the requirement for a doctor’s prescription, as long as these medications do not contain more than 0.2% tetrahydrocannabinol, which is the chemical psychoactive constituent of cannabis.

Canada is the most progressive country in the world in regards to the legalisation of cannabis. Subject to some restrictions, adults who are 18 years of age or older are legally able to possess 30 grams of cannabis and grow, from licensed seeds, up to 4 cannabis plants per residence for personal use.

South-East Asian countries have been much more conservative with cannabis. In Singapore, Malaysia and Indonesia, trafficking of any cannabis attracts capital punishment. Thailand is the first country to take a step into this growing industry, by voting in 2018 to legalise cannabis for medicinal and research uses. The new legislation will only take effect once it has been published in the Royal Thai Gazette. Therefore any production of cannabis, even for medical or research purposes, remains illegal until that time.

Australian trade mark law stipulates that a trade mark cannot be registered if it contains ‘scandalous matter’ or if the use of which would be contrary to the law. As the promotion, production and sale of cannabis on any basis was previously illegal, any trade mark for cannabis including medical cannabis would be subject to such scrutiny, thereby allowing the Australian Trade Marks Office space to object. Additionally, registrations for such trade marks would also be vulnerable to opposition/cancellation by third parties on the basis that there could be a lawful use of the trade mark in Australia.

The recent amendments to the Narcotics Act means that the previous basis for objecting to such trade marks has eroded. However, the limits of the amendments must be considered when determining what is and is not capable of being trade marked. In all states, any production, cultivation or use of cannabis in any capacity other than medical is still illegal, and thus any trade mark for a business that operates in that sense is still contrary to the law.

In the USA, the United States Patent and Trademark Office has repeatedly refused to grant registration to cannabis-related trade marks as the use of cannabis marks for cannabis products or services is prohibited by the Control of Substances Act and therefore cannot be lawfully used in commerce. State trade mark registrations may be available, although they do not offer the same protection as a federal registration. Federal trade mark registrations may also be available for ancillary goods and services which are indirectly related to cannabis. So services that, for example, provide a marketing platform or are purely informational may be registrable at a federal level.

In Canada, regulations were published on 11 July 2018 placing restrictions on marks for cannabis products that may appeal to children or marks that glamorise it. Although Canada has opened the door to trade mark registration for cannabis products, care is still required in the selection and filing of trade marks since the government has clearly signalled that it does intend to control all aspects of promotion and sale of legalised cannabis products.

The UK Trade Marks Act stipulates that a trade mark will not be registered if it is contrary to public policy/accepted principles of morality or its use is prohibited by any enactment or law. The Intellectual Property Office of the United Kingdom has a general blanket ban on trade mark registrations for cannabis and cannabis-related products as they view it as being associated with illegal drugs.

In the EU there is no harmonised law on cannabis, including its trade marking, with the responsibility resting on each EU member state, although they are bound by their obligations under various United Nations drug control treaties.

The Thai Trademark Act regulates what trade marks are registrable in Thailand and appears to concentrate more on whether the applied for trade mark implies association with the King, the Royal Family or any governmental and ministerial departments. It includes a single clause prohibiting ‘any mark which is contrary to public order, morality or public policy’. There currently appears to be only one registered cannabis trade mark in 2002 with 3 more filed in late 2018-early 2019 awaiting acceptance, suggesting cannabis trade marks are still highly scrutinized.

Recent amendments to the Narcotics Drug Act legalising the cultivation, production and use of cannabis for medical-related purposes in Australia, has paved the way for trade marks covering medicinal-cannabis products to be registered in Australia. A similar progressive process is happening around the globe, with many major nations also legalizing medicinal cannabis and having the same flow-on effects in their trade mark legislation. However, what is capable of being trade marked is still limited by the legal restrictions placed on medicinal cannabis-related products in each country. Thus, businesses entering this industry should obtain independent trade mark advice prior to embarking on the trade mark registration process.

If you have any questions in relation to this topic please contact a member of our specialist team at Wrays. 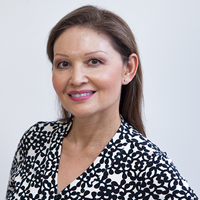